Arrived at the Cops & Rodders Car Show this morning at 7:15 with the 2014 Shelby Mustang GT500 Super Snake and the 1967 Mustang GT500 (the first year produced and the last year produced). As the previous car shows, the awards are determined by all participants' votes for each class. After a long day the awards were finally given out at 3:30.  Jim won 1st in class for the 1967 GT500, which we were surprised because of the competition. But then the 67 is completely stock just like it came off the assembly line in 1967 with no modifications.

Then when the winners of the newer modified class (2014 Super Snake) where announced, Jim was not a winner and we thought for sure he would win something on this car. We stuck around for the award given out for club participation which we are members of the So. AZ Mustang Club which ended up winning for the most participation from one club. Then it was on to the last award for "Best in Class" for the show. When they announced a 2014 Shelby Mustang GT500 Super Snake  - James Moon - Jim's jaw dropped and we looked at each other in disbelief - "this can't be", but what a thrill. Jim came to his senses and when up an accepted the award. This award is determined by the sponsor's judges, not other participants and up against all the cars in the show. 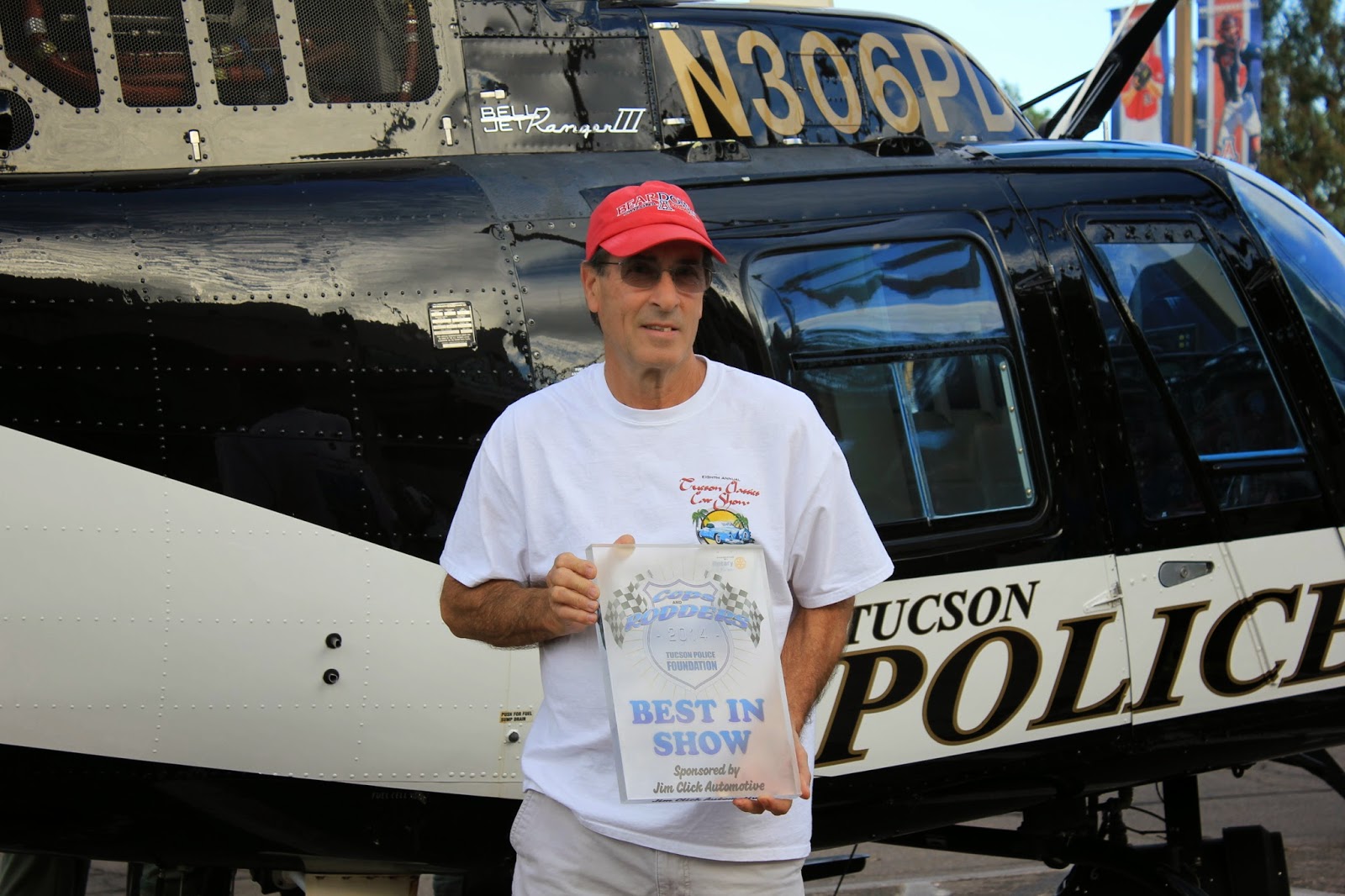 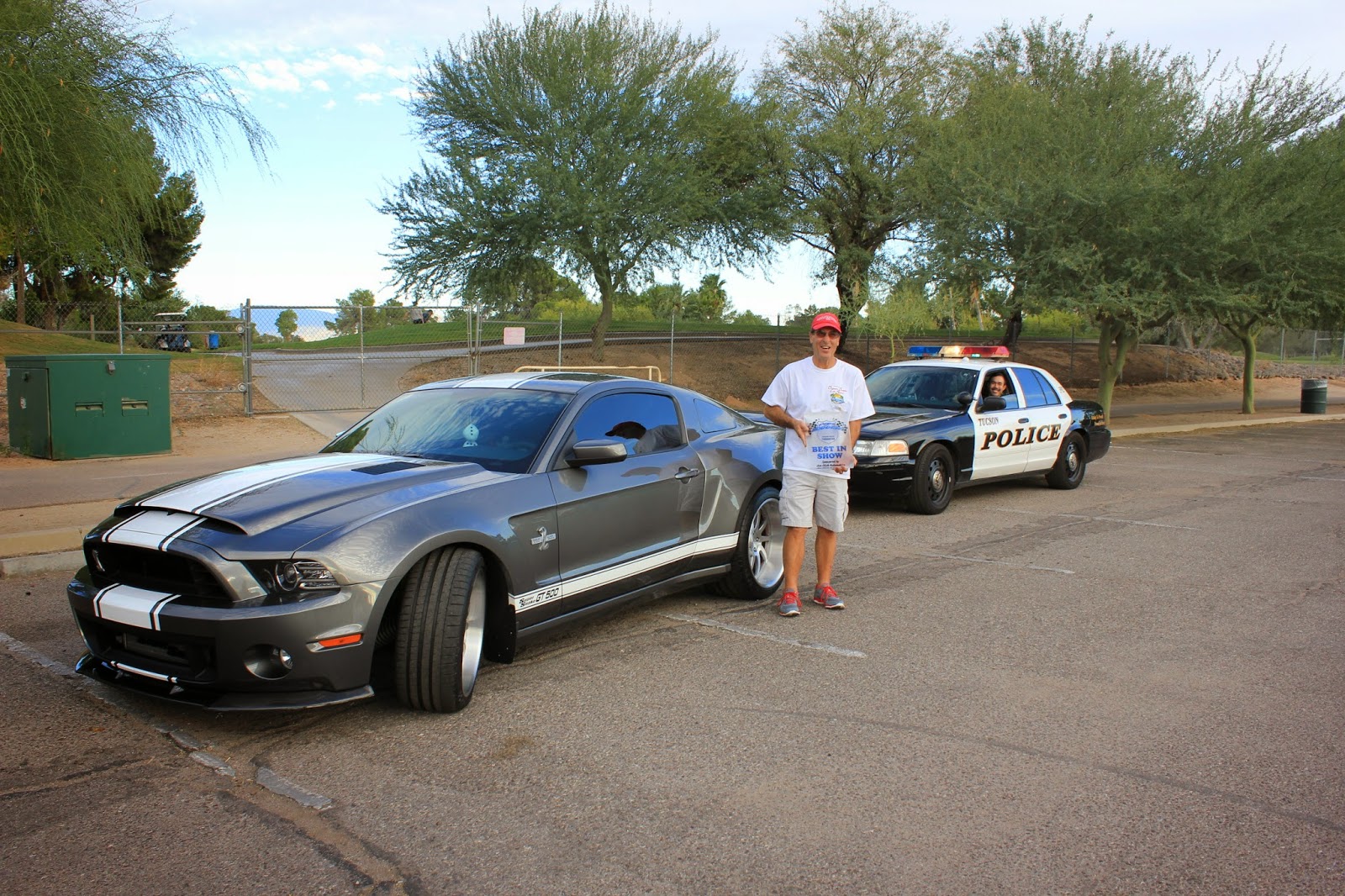 Here is one happy couple with the car that won the award. 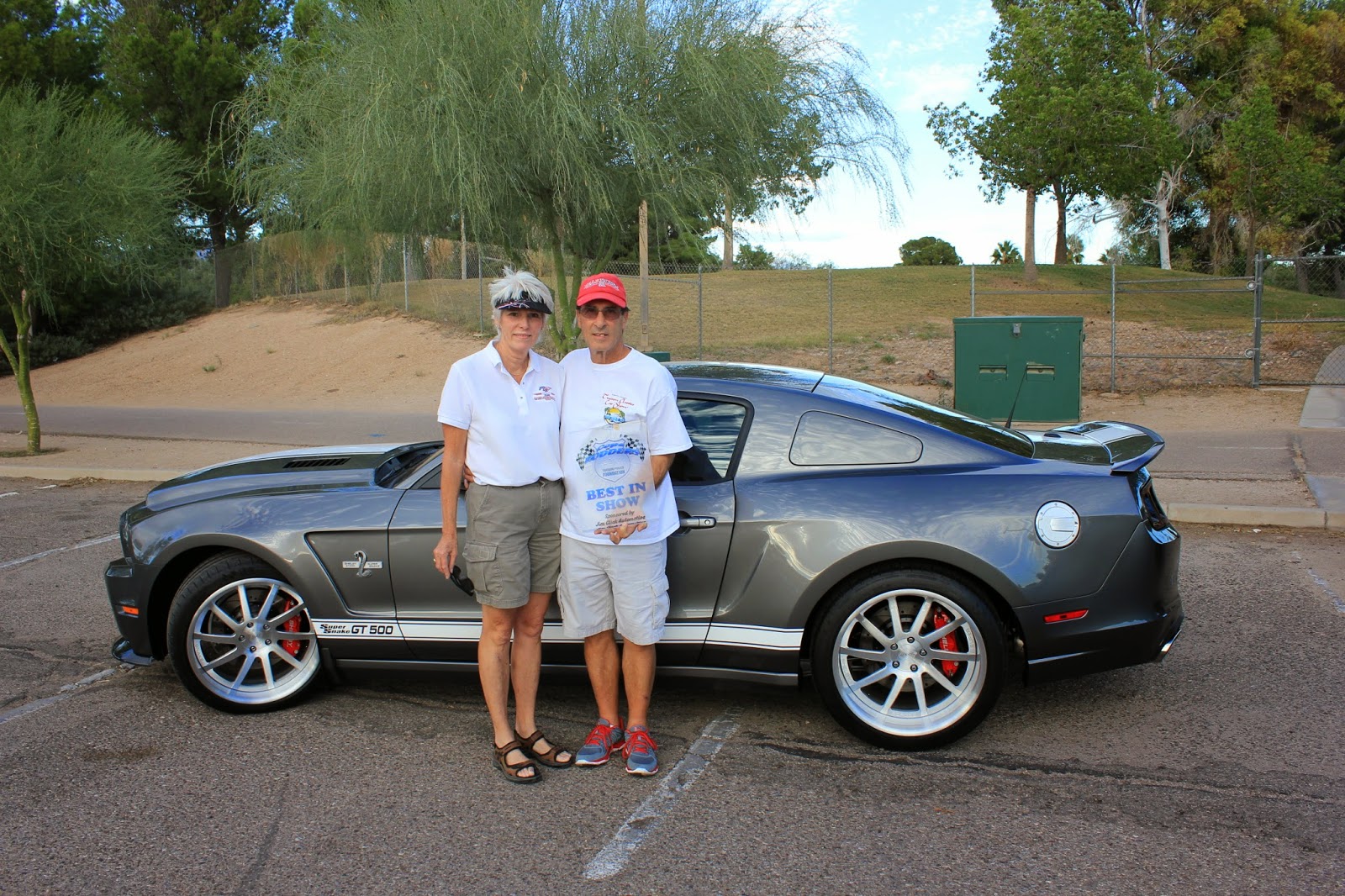 I don't know if we can top this one.
Posted by Moon Ventures at 6:30 PM