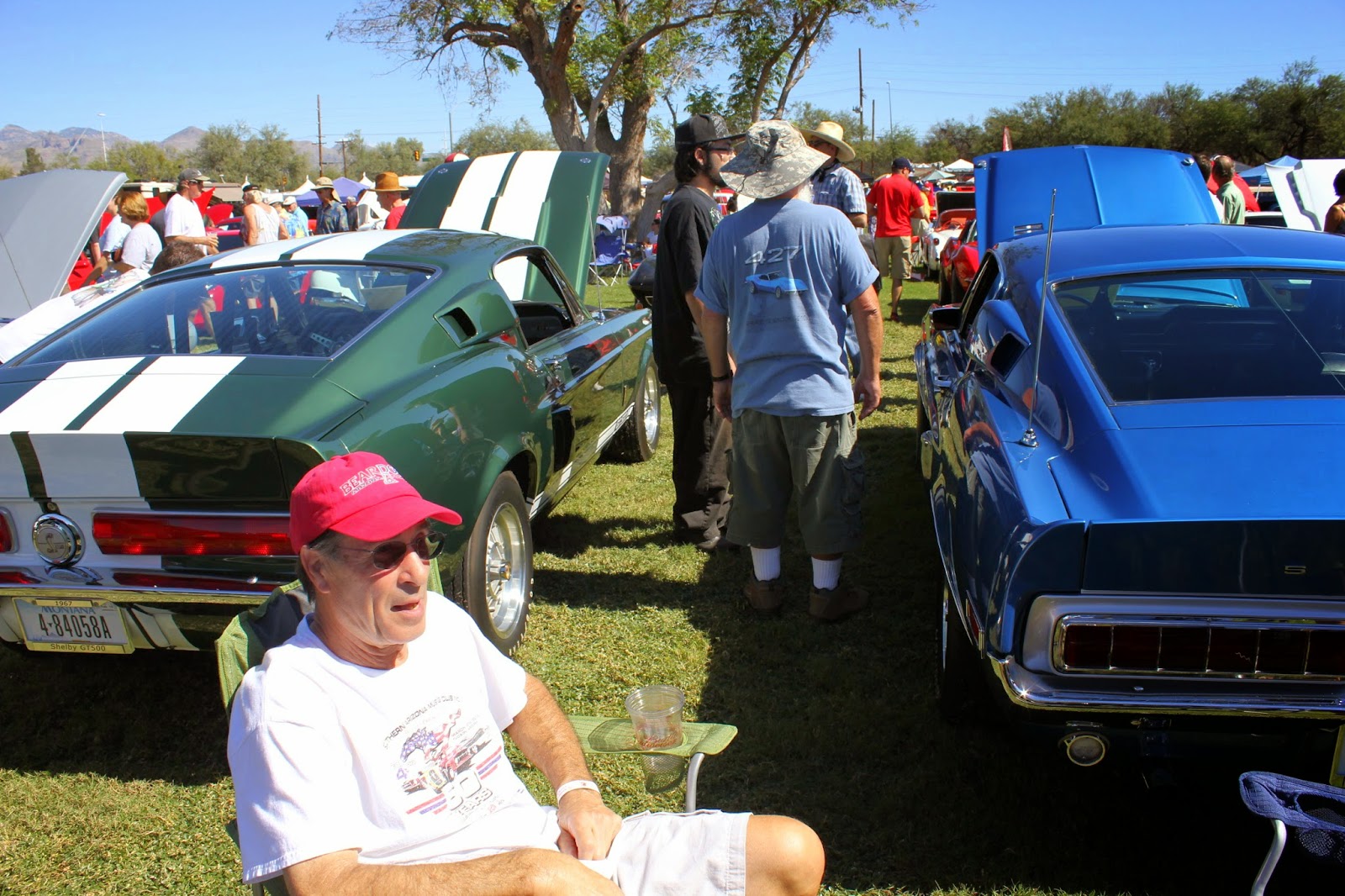 There were over 400 cars at the show and lots of spectators. It was a constant flow of people. Jim and I enjoyed all the family that came and show their support. It was great to see everyone. 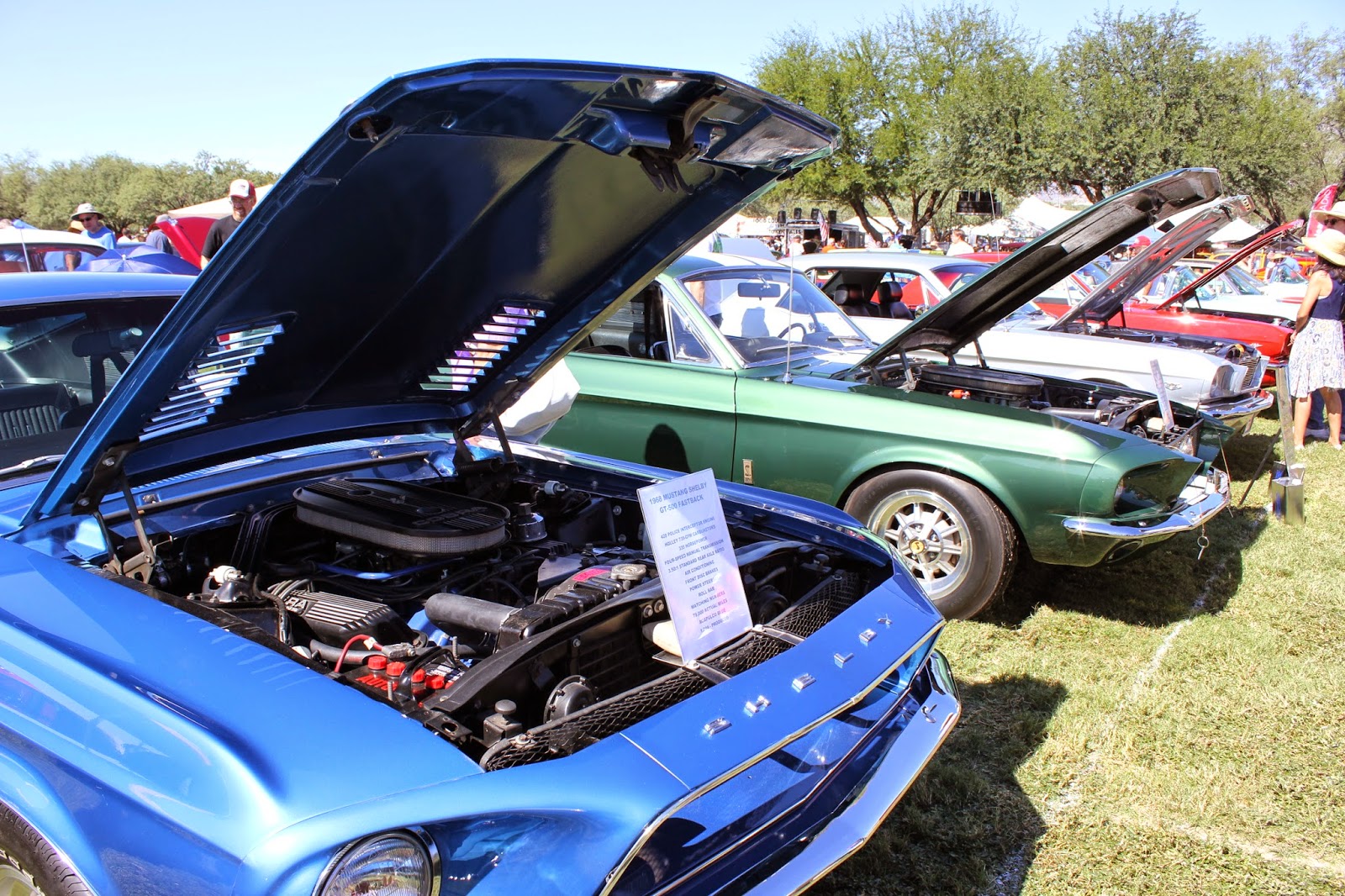 After a full day of "car talk" they gave out the awards at 3pm. Jim won 2nd in Class (Mustangs thru 1973) and received a plaque. 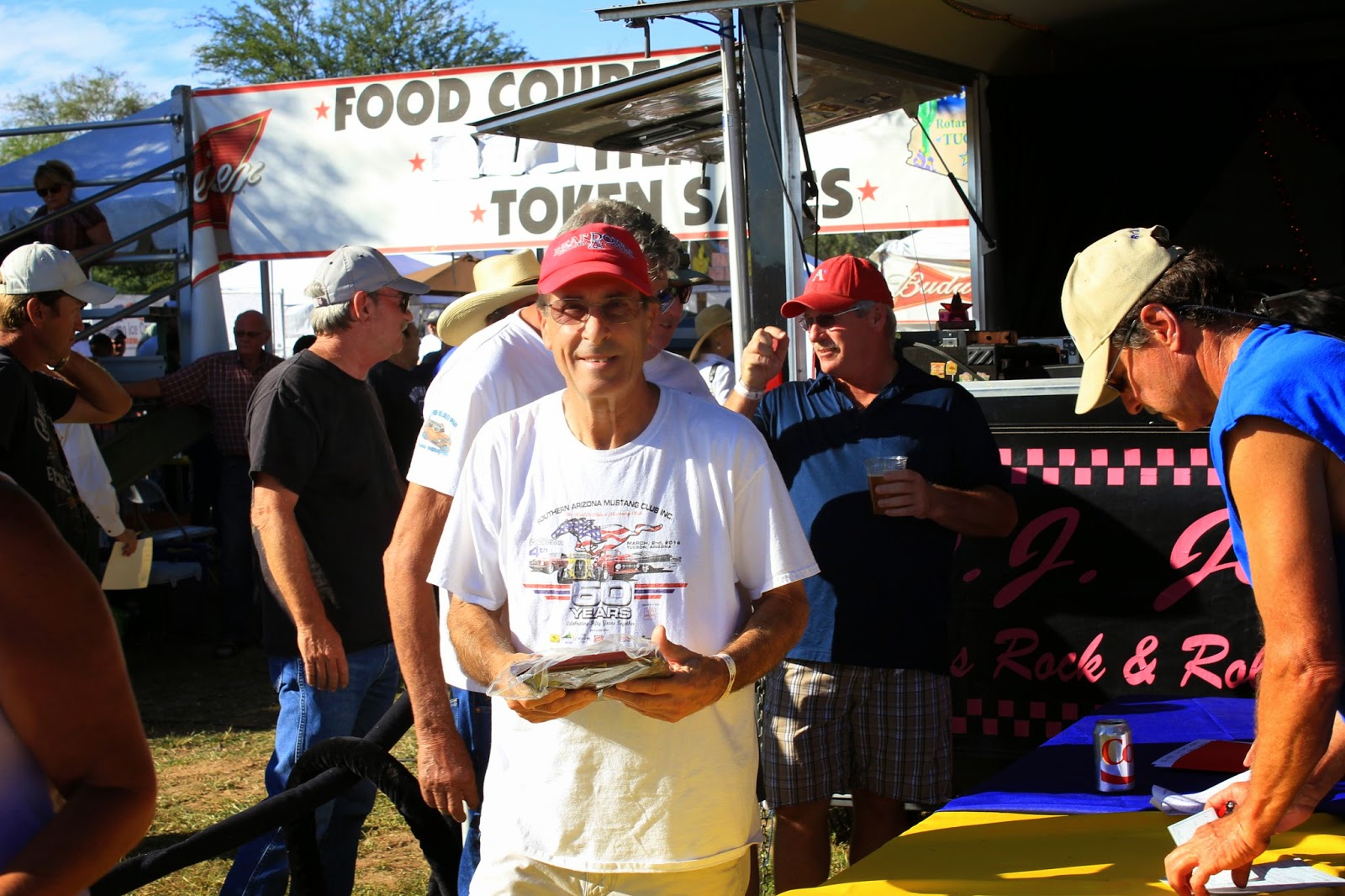 All show participants vote for their choice in each class, and the cars that get the most votes are the award winners. Here's Jim with his plaque in front of the 67' after his win. 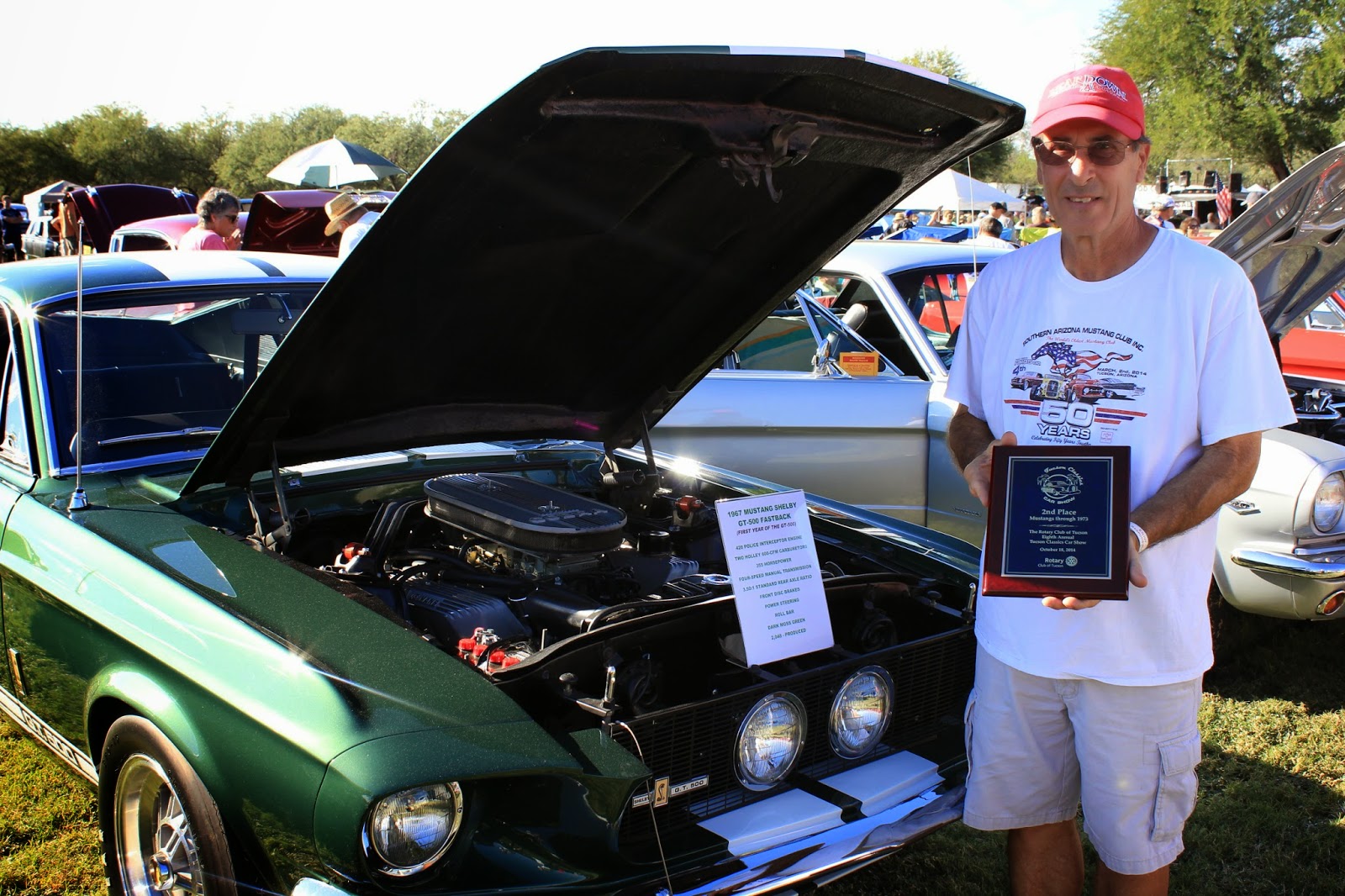 So now he has two plaques on his "Wall of Fame" in the garage. 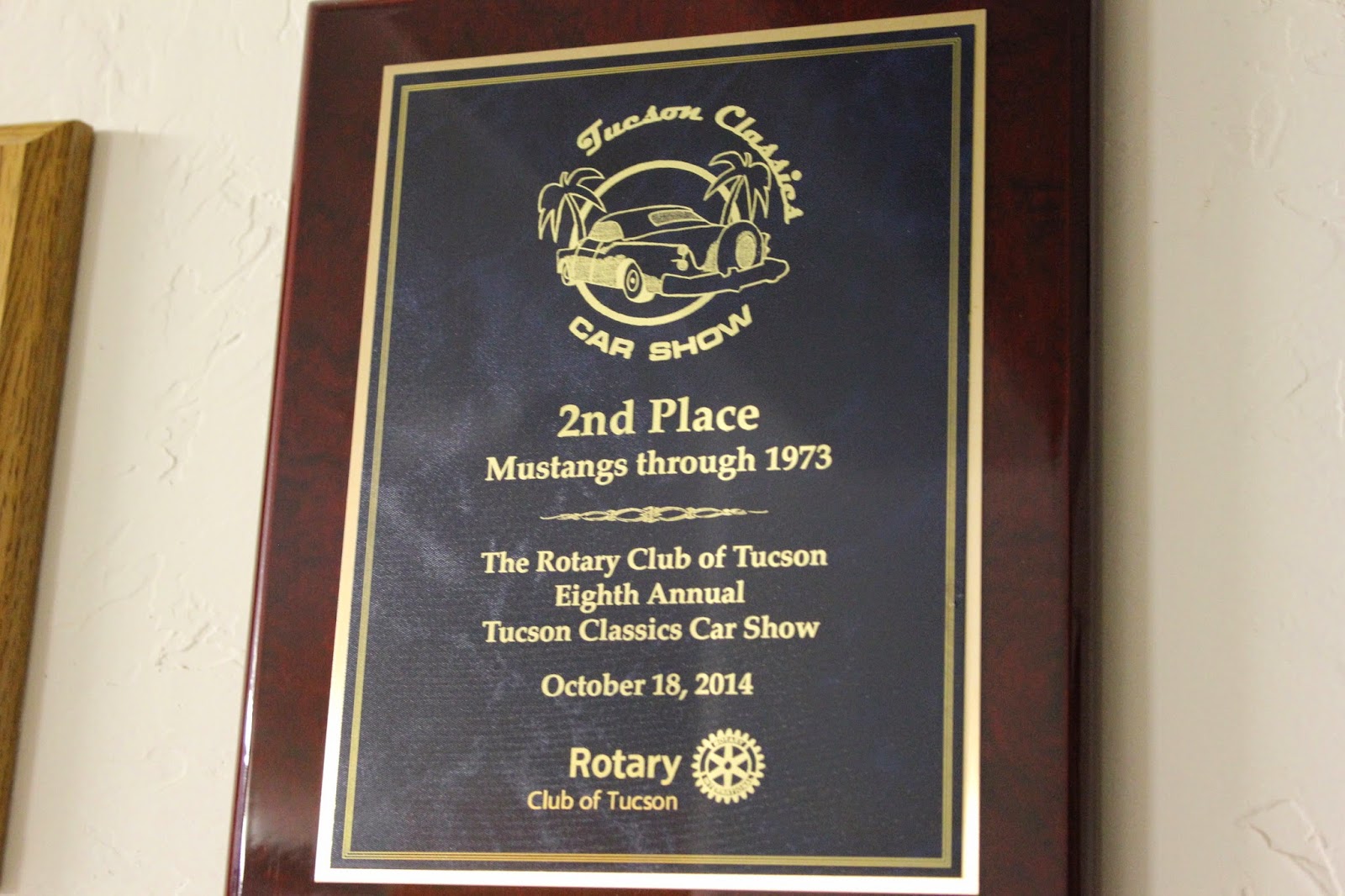 Our next show will be the Cops and Rodder's Car Show on Nov. 1st where we will take the 2014 Super Snake and the 1967 GT500, this will represent the first year the GT500 was produced and the last year it was produced. Maybe another plaque for his wall?
Posted by Moon Ventures at 12:33 PM