Day 3 brings an open day, we have nothing planned, no schedules, just site seeing. We take off in the Lincoln heading north, go towards the coast at Torrey Pines and catch 101 North. Beautiful sceanry up the coast. We stop at this pier I believe in Carlsbad and walked out to the end. 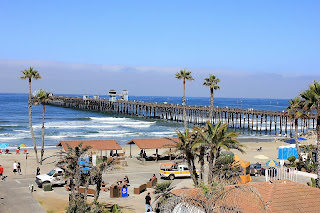 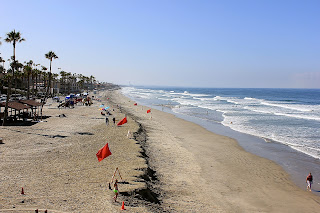 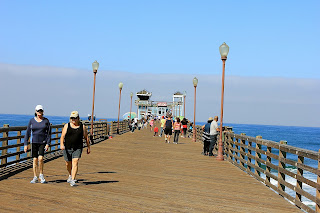 We drove as far up the coast as San Clemente, which didn't see much there that was worth anything. Then headed back down I5 to San Diego. But that was not to be easy. The traffic was stop and go, mostly stop for quite a ways, then at Oceanside we decided to get off the Interstate to head over to the Coastal Hwy again, but being later in the day the traffic was all backed up there also. In Oceanside they had the main highway closed for a parade, so had to wind our way thru back roads.  Finally found our way through. Got back to Torrey Pines then headed back to I5 which at that point was moving smoothly. We then took a ride out to Cabillo Monument at Point Loma. Visited the old lighthouse. 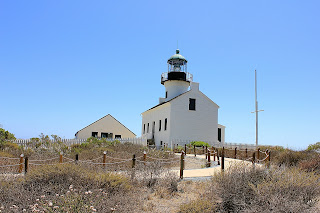 Here is a picture of the new lighthouse. 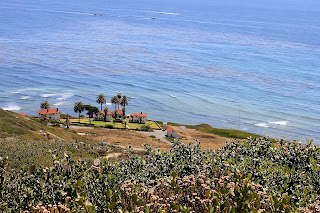 Then we took a hike down the Bayside Trail. 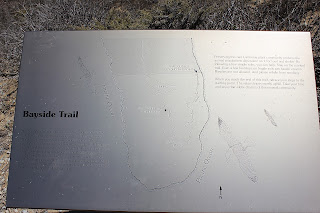 Which went down the hill to along side the ocean. 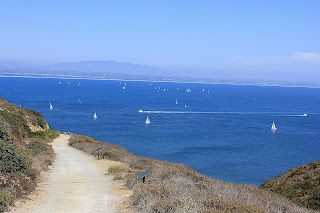 The bay was busy with many sailboats and other commercial vessels. 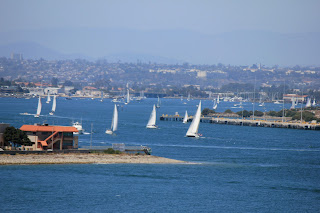 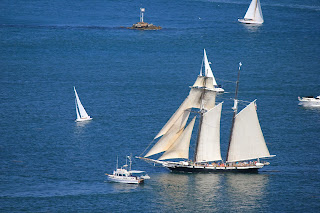 Now we're headed out to dinner at Lighthouse Restaurant at the end of Harbor Island.  And I better get my act in gear or I will miss dinner. So Good Night! (Sorry, no editing as I'm late, so sorry for any errors.) 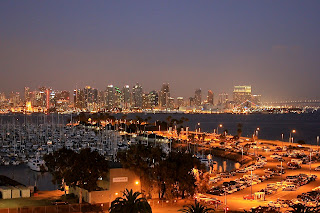 Posted by Moon Ventures at 5:45 PM