Friday morning brought the usual early morning overcast, but with a promise of another nice day here in San Diego. After breakfast at the Club Lounge we headed off to the Zoo to catch all the animals (both human and mammal) before the stampede. First we start at the hotel we are staying at. 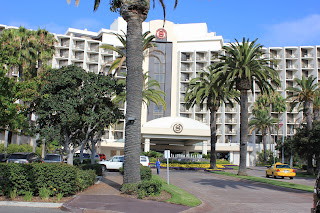 Thought we would get to the zoo before the animals took their morning naps, but guess we were just too late. This lion had his breakfast and was fast at the zzzzzz's. 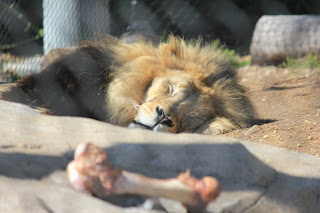 This guy was wide awake and looking all around for something to get into mischief with. 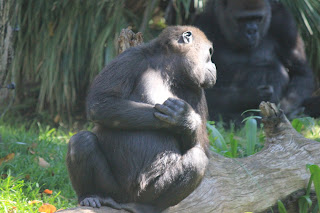 Here's the chief overlooking his tribe. 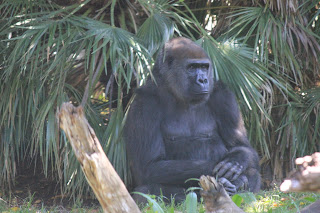 Another napper after his morning breakfast. 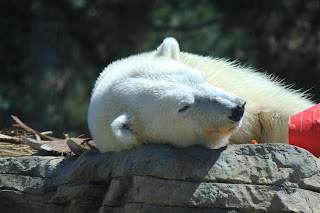 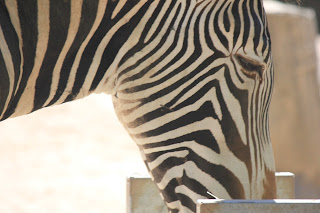 Panda's are just so cute. 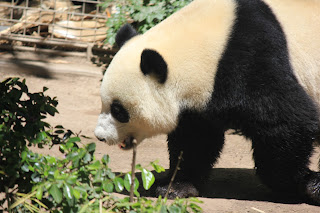 After spending 3 hours at the zoo, getting lost on their numerous trails, seeing all the animals and having a hot dog, it was time to move on for another adventure. 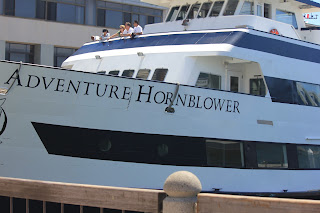 We took the 2 hour harbor cruise on the Adventure ship. It was a pleasant sightseeing cruise, although a bit chilly. The winds picked up in the afternoon and out on the water cooled it right down. Below is a Southwest flight landing at the airport just next to the bay (and our hotel). 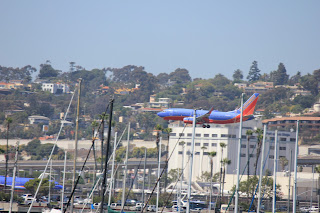 We were treated on our cruise to have the opportunity to see the USS Carl Vincent Aircraft Carrier coming into the bay to dock. It is just returning after a 6 month tour at sea. As most of you NCAA basketball fans know, the beginning of last season, one of the opening games was played on this Aircraft Carrier when it was in dock. It was between North Carolina and Michigan State and I believe that North Carolina won. 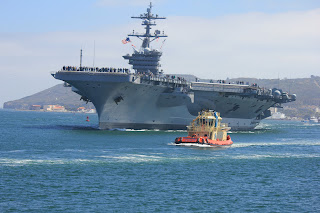 We were treated to many wonderful sailing boats out on this beautiful day. Notice the men up on the front mast. 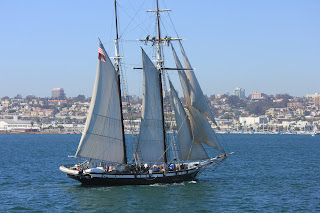 Of course, we got thirsty enjoying all the beautiful scenery. 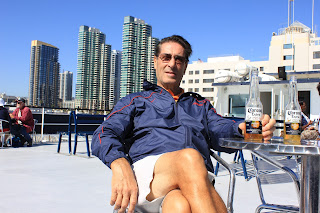 After getting off the cruise ship, we took the shuttle back to the hotel. But what a ride we had, it took over 50 minutes that should have taken only about 15 minutes. The driver thought he was a fabulous tour guide, but in reality he was a bit strange. His mouth never closed for more than 2 seconds to take the next breath and he talked so loud that the person in the car next to us could hear. Instead of just taking the stops on the route, he kept circling around and going back to the stops again. But we finally made it back to the hotel. I'm almost afraid to take the shuttle again, but believe me if this driver is ever present again, I will not step foot on that bus!

After that experience, we definitely needed a wine down time on our deck overlooking the fabulous view. 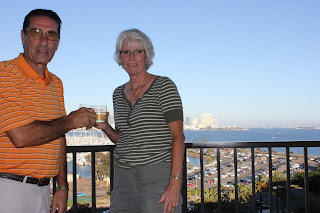 Posted by Moon Ventures at 7:18 AM