Water taxis took the group back to the bus as we leave Venice behind. On our way to Milano we have a stop at Sirmione a small town on Lake Garda. It's a small resort town that is quite cute, but also a tourist location. The Scaliger Castle stands guard at the entrance to the small town. We did not go inside. 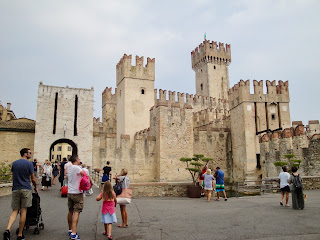 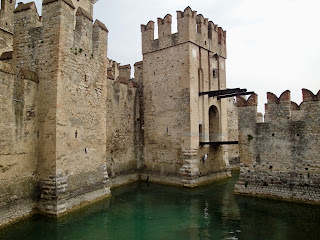 Typical look of the area. 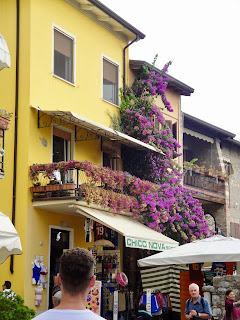 There were gardens all over some with beautiful flowers. 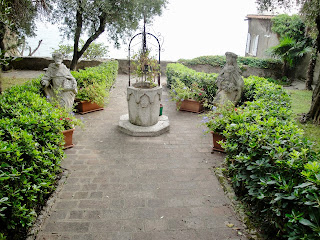 Of course we had to have our daily dose of gelato. 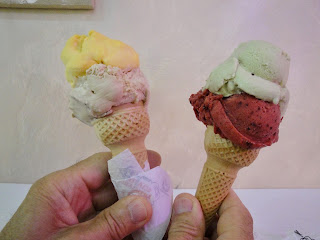 After walking around this town for a couple of hours, we continued on to Milano. Once in the city, we picked up our guide who took us through the famous La Scala Opera House. We got to see a rehearsal in process, so did hear some singing. 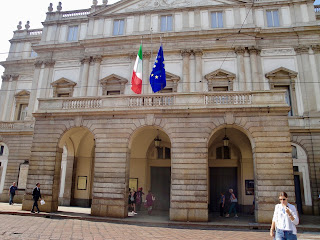 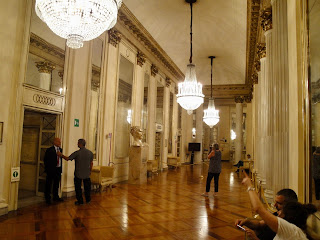 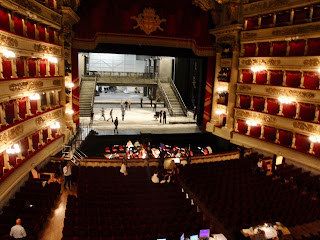 Then we walked through the Galleria Vittorio Emanuele II, the world's oldest shopping mall. It was designed in 1861 and built between 1865 and 1877. Now it contains the world's most expensive shops. 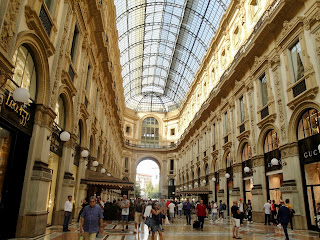 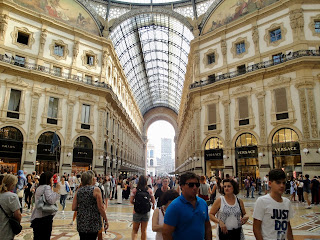 Coming out the other end of the Galleria is the Duomo di Milano (Milan Cathedral) which is quite impressive. The Gothic cathedral took nearly six centuries to complete and is the largest church in Italy (St. Peter's Basilica is larger but that is not in Italy but in the State of Vatican City) and third largest in the world. 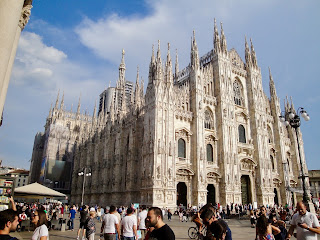 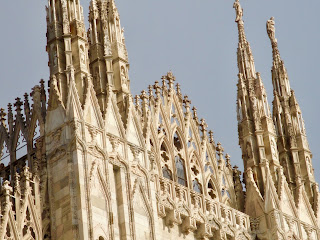 The piazza in front of the cathedral was just filled with pigeons. 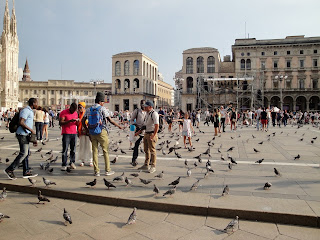 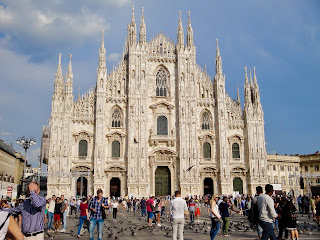 We had another opportunity to celebrate our anniversary as the hotel had a bottle of champagne waiting in our room when we arrived. 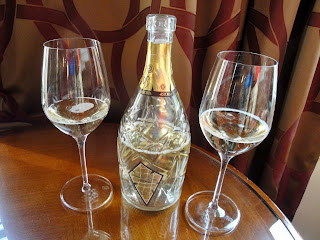 After enjoying a glass of champagne we joined the group for dinner at our hotel. To me Milan doesn't have much to offer in regards to beauty, as most of the city is more modern. I guess the city was heavily bombed in WWII so most of the historical buildings are gone. Another long day.
Posted by Moon Ventures at 3:17 PM