Sorry for not posting, but we've been getting back late and just hopping in bed, so I'll try to catch up now before we take off today. Also I would like to apologize for the size of my pictures, I am using my iPad and I don't know how to adjust the size.

Monday ( remember we are 18 hours ahead of Tucson time) since we've seen as much in Sydney as we wanted to, we caught the train at Central Station and headed west for 2 hours to the Blue Mountains. Round trip cost us $20 aud or $14 US. 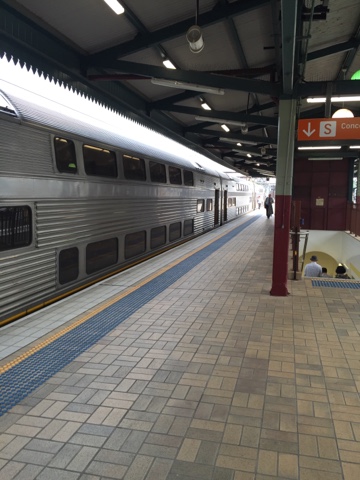 We got off in Katoomba and immediately signed up for the Blue Mountain Explorer Bus where you can hop on and off at all the stops. 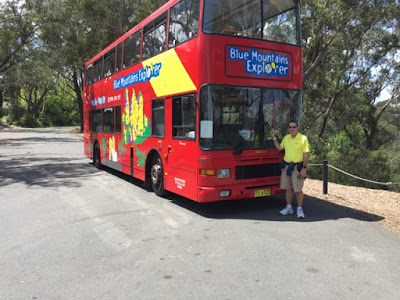 Our first stop was Scenic World where we road the 52 degree incline railway. 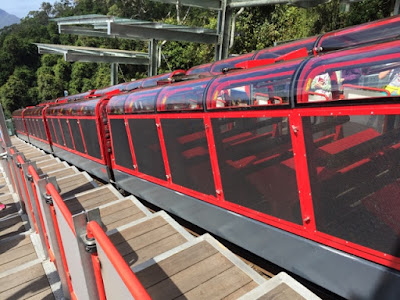 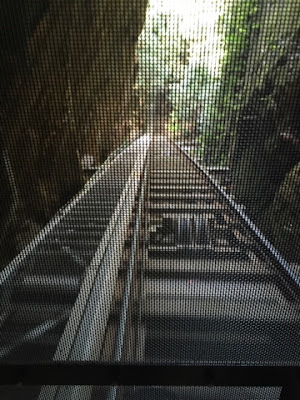 Walked around in the rain forest with the humidity so high and the temp in the 80s that I've never sweated so much before in my life. Then we took the Cableway which descends 545 meters into the Jamison Valley. Beautiful scenery. 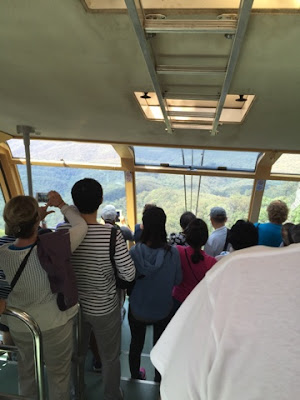 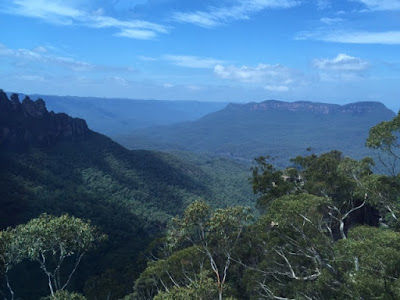 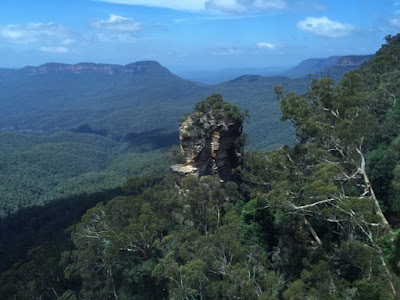 Next we took the Skyway, which wasn't much and basically the same scenery. The next stop was Honeymoon Lookout where we hiked back to Echo Point. Along the way we saw the Three Sisters. 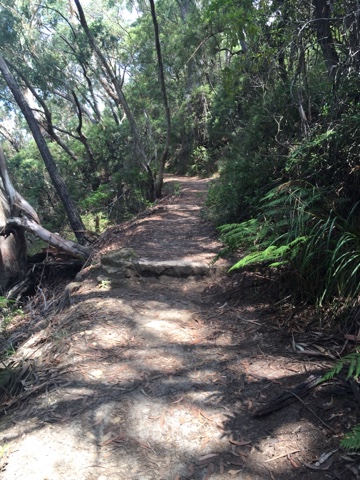 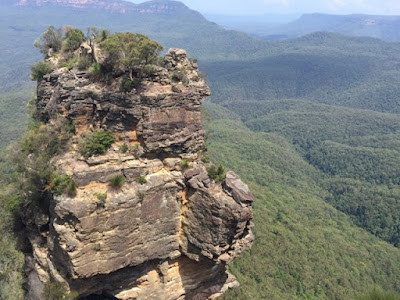 The above picture is of the first of the Three Sisters. After that we hopped on the bus to get back to the train station. 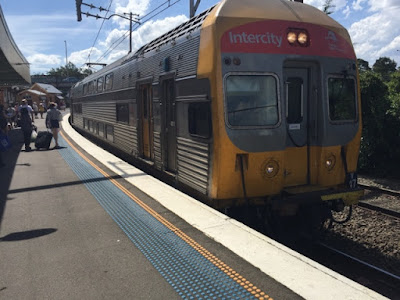 Got back to Sydney and went to Meat & Wine Co for a very nice dinner. Jim ordered a skewer and this is what he got. 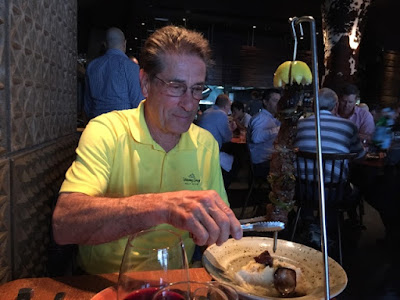 This area is called the Blue Mountains because there is a blue haze caused by smaller dust particles and water droplets which are enhanced by millions of oil droplets released into the atmosphere by the huge number of eucalyptus trees. All in all, it was a pleasant but hot day.

I need to write about Tuesday later as I need to pack up to leave this morning for another driving experience.

Posted by Moon Ventures at 1:56 PM