Even though are plans were to stay at Bayfield until today, we decided to leave yesterday because of the electrical issue. Management came to our door and told us we were unable to run our generator anymore since they were getting complaints. So how do you operate a total electrical coach on no electricity - so we left and came to Albuquerque. The electricity works just great at this park - American RV Park. So the problem was totally at the last park.

We got into Albuquerque at 12:30 (AZ time), so went over to Camping World to buy a couple of items we needed. We are finding that more and more parks don't allow charcoal grills, so purchased a little gas grill to use, plus a few other items. Then we headed to the Sandia Peak Tramway.

I forgot my camera, so all these pictures were taken with my iPhone so they are not up to par, but I think you will get the idea anyways. This tram is the longest passenger tramway in the US, it used to be the longest in the world, but there is now another tramway longer in another country. The ride is about 15 minutes each way at a speed of 13.6 mph. 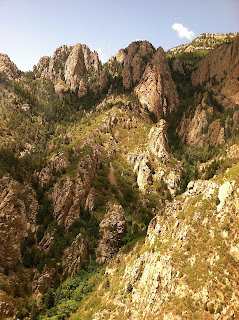 The tramway was manufactured by Bell Engineering of Lucerne, Switzerland and constructed between 1964-1966 at a cost of 2 million dollars. 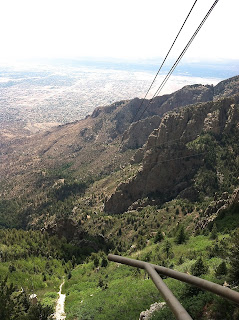 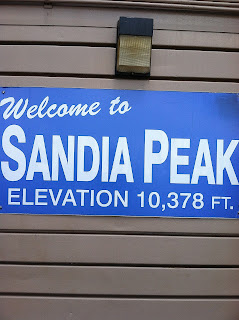 The main power unit is a 600 hp DC electric motor. 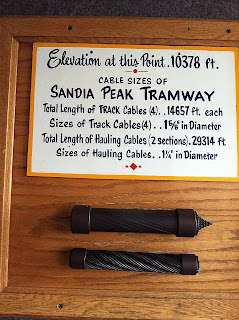 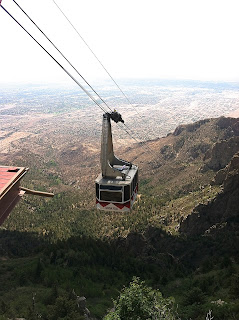 Here is some scenery on the way down. 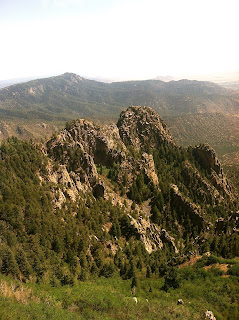 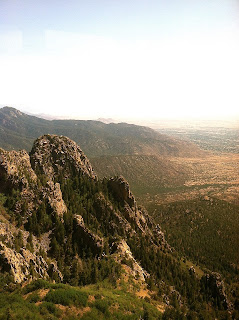 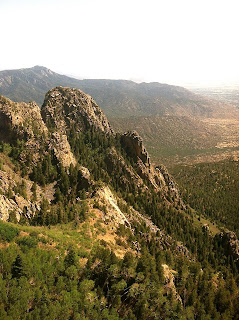 This tramway ride was well worth it for the scenery.

Today going to do some site seeing, possibly hit some wineries or whatever we might find. Probably will head back to Tucson tomorrow unless we discover something else we want to do.

But stay tuned next week, as we leave for Seattle on Wed for 5 days (we are flying, not driving). Will try to post from my iPad from there.
Posted by Moon Ventures at 9:20 AM