Woke up to cloudy skies and a few rain showers, so didn't head out bright and early. Our plan for the day was to drive south through Yellowstone to Grand Teton NP then on to Jackson to play tourist. We were making pretty good time traveling through Yellowstone until we rounded a corner and came to a road block - well 2 road blocks that were bigger than we were, so waited until they moved a little more then went around behind them. It's like they know what they are doing in blocking traffic. They just stood there and watched both sides. 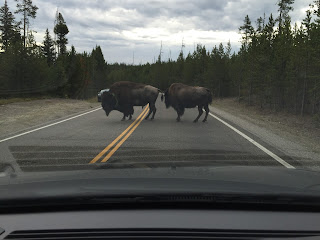 Since it was overcast and a rainy day, the Grand Tetons were not so grand, but we did get to see them. The pictures just didn't come out very good at all. 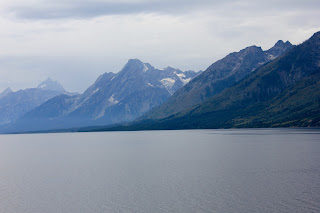 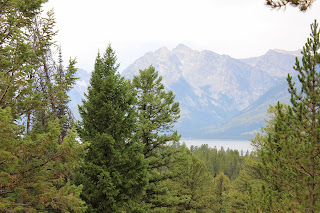 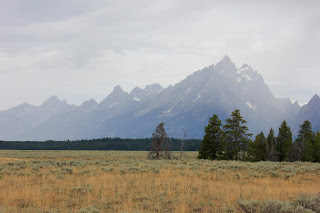 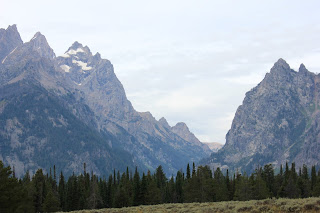 Getting into Jackson, we stopped at the city square where they have these antler arches. 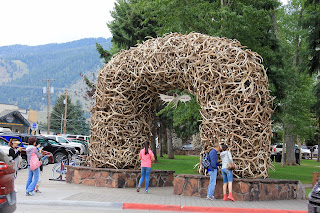 Jim playing tourist for me to take his picture. 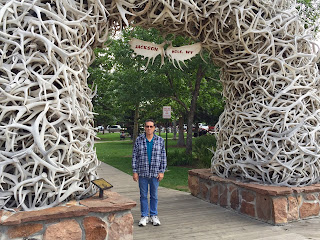 And by chance it just happened to be lunch time, so had to head to the Million Dollar Cowboy Bar for hamburgers and a beer. 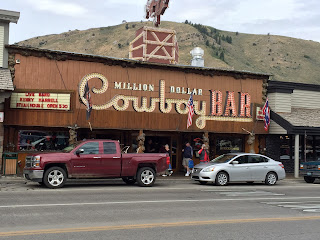 The only time I can get Jim in a saddle is when there is a Bud Light in front of him on the bar! 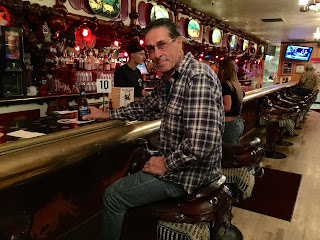 It's a neat bar with the all the bar stools as saddles. 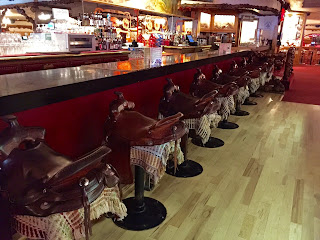 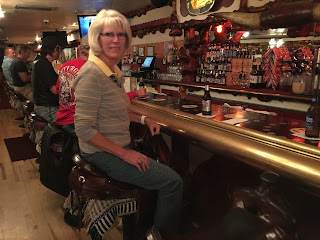 Walked around Jackson looking in the art galleries. There some really great paintings in the stores, some really talented artists. Most of the paintings are of the Grand Tetons of course. Not much else to do so drove up the west side of the Tetons to West Yellowstone back to the RV.

Posted by Moon Ventures at 3:34 PM